Applications for the new class beginning in September 2023, are now being accepted.

Apply for September 2023 study in our advanced psychoanalytic training program.

Applications are now being accepted for September 2023 entry into the FPP program.

The Toronto Psychoanalytic Society strongly endorses and supports the following statement by the International Psychoanalytic Association on Anti-Racism.

“The world is witnessing violent outbursts of intolerance to difference expressed through anti-Black, anti-Asian, anti-indigenous, anti-Semitic, and all other forms of racism and State-inflicted violence. Socio-economic factors have perpetuated global tensions and widened social differences. In the light of this, the IPA reaffirms its emphatic condemnation of all unlawful and inhumane forms of discrimination.

The psychoanalytic understanding of human nature and its capacity for change makes clear the importance of recognizing such painful realities, reflecting on them, and speaking out against them. As an international community of psychoanalysts we support and encourage such action.” 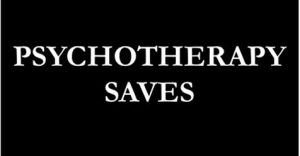 The four videos on the Psychotherapy Saves YouTube channel were made to demonstrate that psychotherapy is a medically necessary treatment that saves lives. Anthony and Clare speak from the point of view of the patient. Dr. Norman Doidge and Dr. Leora Pinhas speak on behalf of the psychiatrist.

Watch the Videos from Psychotherapy Saves

The tps&i offers many Extension Courses and Special Extension Program Groups, Courses and Presentations as continuing education in psychoanalytic training.

Our Scientific Program includes regular monthly meetings, special sessions from the ATPPP program and an Annual Day in Psychoanalysis.

Learn More About the TIP Program

Please rsvp via email at institute@bellnet.ca to indicate your interest in attending, and a Zoom invite will be emailed to you.

The ATPPP is a two-year program designed to help front-line mental health professionals apply the knowledge and clinical techniques from psychoanalysis to their work with patients and clients.

Learn More About the ATPPP Program

Please rsvp via email at psychoanalyst@bellnet.ca to indicate your interest in attending, and a Zoom invite will be emailed to you.

If you are a psychotherapist, or simply have an interest in psychotherapy, and you want to know more about the theories that started it all, this excellent introductory study program has been designed for you.

Learn More About the FPP Program

Toronto Psychoanalytic Society (TPS) is a not-for-profit association of professional psychoanalysts engaged in the development and advancement of clinical psychoanalysis and psychoanalytic thought in Toronto, Canada. The Toronto Institute of Psychoanalysis (TIP) is composed of senior members of the TPS who have qualified as Training & Supervising Analysts and are charged with the responsibility of analyzing and supervising candidates in training. In addition to the training of psychoanalysts, the tps&i presents a range of educational Scientific and Extension programs throughout the academic year that are open to the community.

Our convenient directory can help you find an analyst or therapist in your area or for additional help we offer a Referral Service.

More About Psychoanalysis
Subscribe to Our Newsletter
Receive weekly announcements and reminders of upcoming TPS&I courses and events.