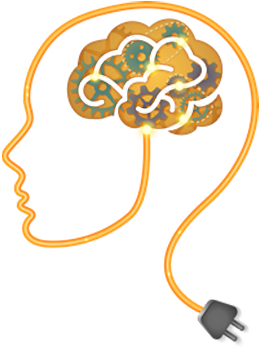 TPS Scientific Meeting: Open to all.

** DISTANCE PARTICIPATION ONLY – This Scientific Meeting is available via Zoom meeting only. Preregistration is required. Please RSVP via email at psychoanalyst@bellnet.ca. Please note that registration closes 48 hours prior to the meeting date.

Un-thought thoughts can be buried in the profundity of our mind, repressed, or forgotten, waiting for a mind to bring them back to life and make proper use of them similar to Luigi Pirandello’s play Six Characters in Search of an Author. In 1994 Bion stated the following: “After all, if anatomists can say that they detect a vestigial tail, if surgeons likewise can say that they detect tumors which derive from the branchial cleft, then why should there not be what we would call mental vestiges, or archaic elements, which are operative in a way that is alarming and disturbing because it breaks through the beautiful, calm surface we ordinarily think of as rational, sane behavior?”

The patient presented here is a 32 year old architect, youngest of two boys, who on arrival, displayed symptoms that were very difficult to provide a meaning to. He lived with his parents, -although seldom interacted with them-, was rather isolated, never had a girlfriend, only uncompressing and temporary relationships, neither boyfriends and never attended parties. He recalled being very angry as a child, defecating, and urinating all over his house, locking himself for hours in a bathroom. After several months of analysis, we discovered by chance, that he was born with a dislocated shoulder, that was never operated but corrected spontaneously around one or two months of age. After two years of analytic work, he has achieved a great deal, including moving with a steady girlfriend, bought a house and is planning to marry next year. What originally was an “archaic element” (dislocated shoulder), with time, it became a very significant emotional restriction, which due to fear of being hurt, isolated him completely from any form of emotional link.

At the end of the presentation participants will be able to:

Rafael E. López-Corvo, M.D. is a medical doctor, psychiatrist and a psychoanalyst. He is a former associate professor at Ottawa and McGill Universities and Program Director of Child and Adolescents Unite at the Douglas Hospital, McGill University in Montreal, Canada. He was also a member of the editorial board of the International Journal of Psycho-Analysis for Latin-America. He is training and supervising psychoanalyst for the International Psychoanalytic Association as well as the Canadian, Venezuelan and American Psychoanalytic Societies.

Along his extended career he has managed to conciliate his mainstream psychoanalytic affiliation with independent and original lines of thoughts and research, spawning through structuralism approach to child evolution, group dynamics, femininity, addictions, self-envy, trauma and other topics, published over 100 articles, several book chapters and 22 books in English, Spanish, Italian, Portuguese, Japanese, Korean and Persian.

Dr. López-Corvo is also a scholar in the psychoanalytic approach of Wilfred Bion, whom he considers has laid the foundations of future psychoanalysis. He has been invited to teach on this subject in several places such as Rome, Naples, Seattle, Buenos Aires, Caracas, Vermont, Los Angeles, São Paulo, Ottawa, Montreal, Ribeirão Preto, Toronto, Beijing, Tokyo and Miami.

The Scientific Meetings are eligible for Section 1 CME credits (0.5 credits/hour).

Propaganda and the Lies We Tell Ourselves