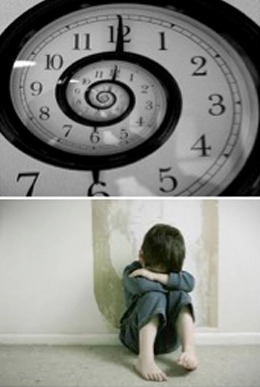 TPS Scientific Meeting: Open to all. Pre-registration is required.

Due to current public health concerns this meeting will only be available via Distance Learning.

Pre-registration prior to June 15th is required. To RSVP email psychoanalyst@bellnet.ca.

All forms of psychopathology are traumatic, a concept Freud was working on, shortly before his death in his article on “Moses and Monotheism”. I refer to this early trauma as ‘pre-conceptual trauma’, which I believe is ubiquitous and represents the main structure that feeds ‘compulsive repetition’. It was in 1914 and later in 1920, when Freud described this type of repetition, as a mechanism that was ‘beyond the pleasure principle’, once he realized, that pleasure, or satisfaction of a drive, was not only what was repeated, but the ‘pathological’ also in the form of transference. However, not being able to brake away from the ‘instinct theory’, Freud concluded that repetition compulsion, was the expression of the death instinct’s need to always return to the inanimate. However, in 1939, shortly before he died, he also attempted to link it to early traumas. Many others had also tried to provide a meaning to the specific mechanism that rules such “demonic” force to compulsively repeat. Among them: Shilder (1938), Hartman (1939), Hendrick (1942), Bibring (1943), Fenichel (1957), Max Schur (1966), Green (2002).

I am now introducing another possibility: that repetition compulsion, represents a form of defense that uses regression –similar to how psychosis works- to early traumatic fixations, which could be prompted by the unconscious need to use childhood defenses, because they were structured using magic and omnipotent constructs, and felt unconsciously by the adult’s ego, to be much more protective! There are other mechanisms that can also compels compulsive repetition, like ‘vengeful hope’ and ‘self-envy’. Clinical material will be presented.

Participants will be able to learn about:

The Scientific Meetings and Workshops are eligible for Section 1 CME credits.

Full-time students in universities and colleges, and mental-health trainees are eligible for a 25% reduction in course fees. Proof of 2019/2020 status needs to be provided. Please contact the tps&i directly to register at a discount. Refunds must be requested in writing two weeks prior to the beginning of a course. A handling fee of $30 will be retained. After these two weeks, fees cannot be returned.

The listing of courses offered in the 2020-2021 Extension Program is now available.

The 2020-2021 Special Extension Program is now available for registration.

Our 2020-2021 Scientific Program is available. Mark your calendars.